The Yangtze River courses through Hubei Province and is the largest river in China and the third longest river in the world (behind Africa’s Nile River in and the South America’s Amazon). On our Yangtze river cruise you will experience all the inspiring things this geological wonder has to offer. The Yangtze is the most important river in the history, culture, and economy of China and is home to the Chinese alligator, the finless porpoise, the Chinese paddlefish and the Yangtze River dolphin. 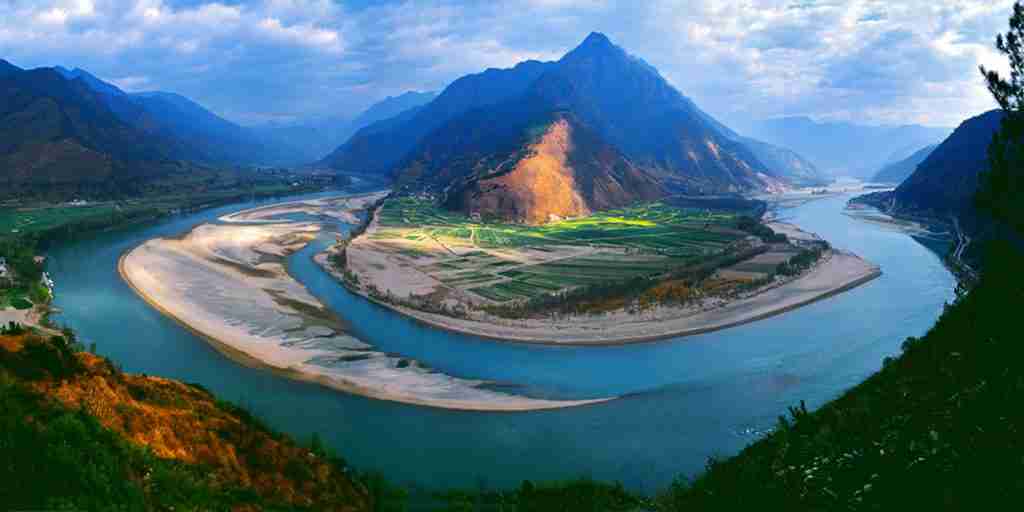 Here are five more great things not to miss on the Yangtze River:

The Yangtze makes its way through 75 miles of unique geography in The Three Gorges, named after the large valleys and mountains which the Yangtze River passes through. The names of the three gorges are the Qutang Gorge, Wu Gorge, and the Xiling Gorge. The Three Gorges Dam has presented no little challenge to intrepid engineers due to their impressive size but has inspired countless artists and poets over the centuries, including The Romance of the Three Kingdoms, penned in the 14th century.

The Three Gorges Dam, begun in 1994 and finally built in 2009, generates electricity and helps control the annual floods that have often devastated China, reducing such incidents from occurring every decade to only once in 100 years. Ships weighing up to 10,000 tons are lifted or brought down more than 300 feet as they pass through the five locks. The hydroelectric dam is one of the largest such hydro-power complexes on earth and is one of the final stops on the tour. Tourists are typically astounded by its sheer size and power.

Although the Qutang Gorge is the shortest gorge on the Yangtze at 5 miles in length, it is still remarkable—it features narrow canyons and switchbacks that made it one of the most memorable sites along the Yangtze.  Overlooking the Qutang Gorge are the Baiyan and Chijia Mountains with inscriptions made in the cliffside going back a millennium.

Fengdu “Ghost City” is a popular stop steeped in ancient Chinese folklore traditions along the trip and is comprised of ancient temples, shrines, and statures that are scattered across the area. Although the town might feel eerie, it’s also intriguing and filled with culture. Not to be missed is an imposing temple beautifully combining Buddhist and Taoist elements which overlooks the Yangtze.

Other unique features of Fengdu include the Nothing to be Done Bridge, the Ghost Torturing Pass, and the Son of Heaven Palace.  Crossing the bridge is done according to specific ritual based on your gender and whether you are married or not.

After the Three Gorges Dam was completed, many run off “streams” were created that allow visitors to access untouched parts of China. A raft excursion down the Shennong stream will allow you to experience the unmatched natural scenery of inner China.

The ancient Tujin people populate the banks of the Shennong Stream, practicing roughly the same lifestyle as they have for many centuries, including making use of specialized rowed tracker boats which can swiftly navigate the clear and shallow waters of the stream.

Escape the loud boat traffic of the Yangtze and take in the natural beauty of the waterfalls, caves, and cliffs as you pass quietly through four gorges covered in vegetation on this beautiful stream.

One of China’s largest cities located just a few hours to the south of Fengdu, Chongqing is a must-see city that features beautiful landscape, cultural sites, and the great Three Gorges mentioned above. The Yangtze has done much to shape Chongqing, as you can learn about in the city’s Three Gorges Museum for starters. You’ll find a little bit of everything in this city which is known as “mountain city” thanks to the many hills and mountains which surround this bustling commercial town.