When you book with an account, you will be able to track your payment status, track the confirmation and you can also rate the tour after you finished the tour.
Sign Up
1069 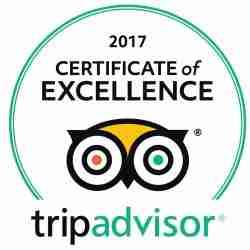 This amazing cruise will take you through some of the most amazing landscapes as well as the most visited temples in the world.

Services Excluded:
1. International flights to/from Vietnam, as well as transportation to/from the above city (For LandOnly).
2. Entry visa fees (if applicable).
3. Gratuities to guides & drivers:  Suggested $10/ Person / Day.
4. Our tour package does not include Travel Insurance. Please DO purchase the Travel Insurance before your trip to against any unforeseen circumstance.

Board the AmaDara at My Tho Port. Meet your fellow travelers at a Welcome Dinner as the ship cruises to Cai Be. (D)

*NOTE: We recommend that you fly into Ho Chi Minh at least one day prior to embarkation; please inquire about important arrival arrangements prior to your cruise.

Take a local boat to Cai Be. You will have an opportunity to visit candy and rice paper marking workshops and the historic Kiet Old House.

Later in the day, a journey to Sa Dec, a sprawling town on the Mekong Delta, where French writer Marguerite Duras spent part of her youth. You will visit the local market, Cao Dai Temple and the house of Mr. Huynh Thuy Le, Duras’ Chinese paramour, which her prize-winning novel, “The Lover,” is said to be based on. (B, L, D)

You will have the opportunity to take a traditional “xe-loi” (trishaw) ride through the narrow channels of the Mekong River to “Evergreen Island.”

Alternatively, simply take the boat ride to Evergreen Island and return to Tan Chau, where you will visit a rattan mat workshop.

Later in the day, cruise from Vietnam to the Cambodian border en route to Phnom Penh. (B, L, D)

After lunch on board, you will explore the highlights of the city, followed by a visit to the Royal Palace, the spectacular Silver Pagoda and the National Museum, which has an outstanding collection of Khmer crafts.

After returning to the ship, enjoy Khmer folk dancing performed by local children in the Saigon Lounge. (B, L, D)

Today, Oudong is a place of pilgrimage for Cambodians. While here, be treated to a memorable Buddhist Blessing Ceremony at a monastery.

You may also take a walking tour of Oudong in Kampong Tralach, you will have a truly authentic excursion–an oxcart ride through a local village along the river bank.

Later in the day, experience Phnom Penh via a tuk-tuk ride and be enchanted by the city’s French Colonial architecture and tree-lined boulevards set amidst monumental Angkorian architecture. (B, L, D)

IN the morning, set sail for Oknhatey Village.

Oknhatey is the “Silk Island,” located on the lush banks of the Mekong River and known for its rich tradition of silk weaving.

While here, you will visit a local elementary school and observe the traditional silk weaving of handicrafts. Your cruise continues to sail to Phnom Penh. (B, L, D)

Go on a walking tour of Angkor Ban, one of the few villages in Cambodia that were not destroyed under the Khmer Rouge regime in the 1970s.

Here people still live in their traditional wooden abodes and keep their old cultural traditional alive. Hundreds of wooden houses stand intact on stilts, shaded with banana trees, among the hustle and bustle of the daily agricultural on-going of the local villagers.

After visiting here, the ship sets sail for Kampong Cham, where you will go on an afternoon excursion via motorcoach to the Twin Mountains, known as Phnom Pros and Phnom Srei (male and Female mountains).

In the annals of Khmer legend, the twin mountains were formed as the result of a competition between the men and women of an ancient Cambodia kingdom to resolve which gender would be responsible for wedding proposals.

cap the day off with a festive Farewell Dinner on board. (B, L, D)

Your cruise concludes in Kampong Cham, where you disembark and Motorcoach transfer to Sofitel Siem Reap. (B)

*NOTE: We recommend that you schedule your onward flight to depart Siem Reap after 5:30 pm today to avoid potential missed connections.