I had been longing for travel Pingyao Ancient City. Journey to Pingyao seemed to be one of my dreams for four years. This dream finally came true two weeks ago. I felt very excited after realizing it. The following passage will report this journey. 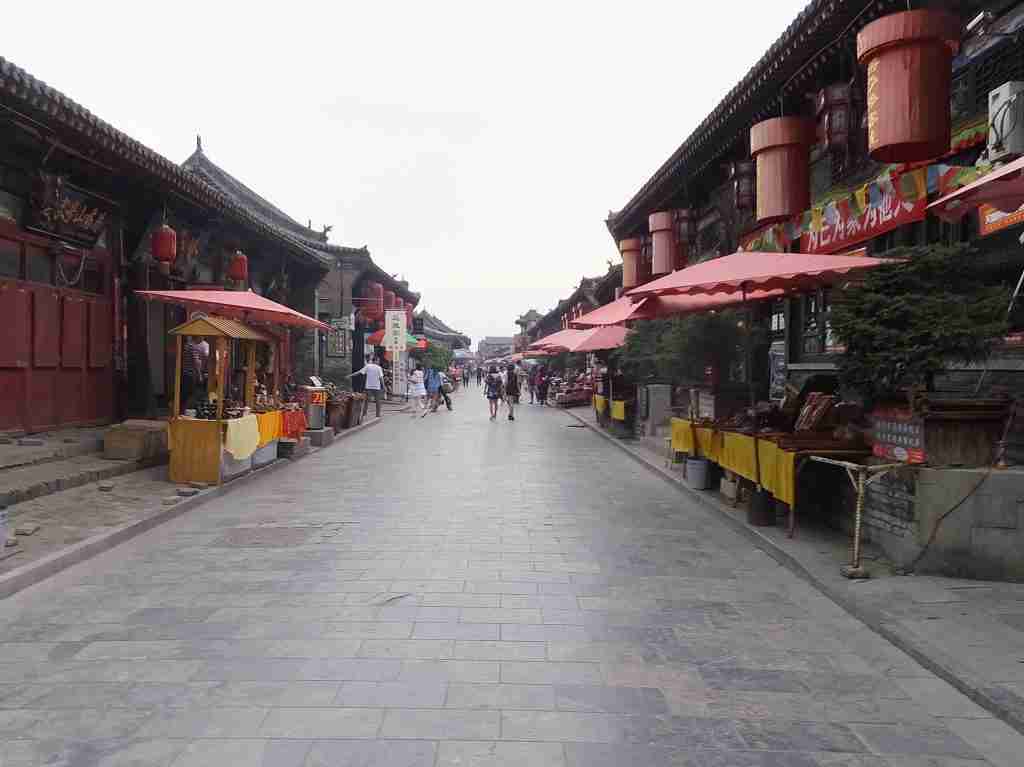 Because I have to work during the weekdays, my friend and I chose the weekend. My friend and I are the travel lovers and we plan to visit as many attractions as we can so that we always seek the most economic ways. As for transportation to Pingyao, we chose to take train and the tickets cost us about 200RMB from Xian. The hostel for one day and night was about 98RMB per room with big bed. The hostel also provided the service of receiving us from the railway station. I booked the tickets online and got my two tickets at Xian Railway Station.

Our train began at 22:47 of Friday. We arrived beforehand for getting the tickets. The hosted also called us for confirming when we can arrive.

After one-night-train journey, we arrived at Pingyao Railway Station and the driver from the hostel was waiting us. We were very glad that our room was free to upgrade. After a short rest, our journey began. The hostel is very closed to Pingyao Ancient County Government Office. We buy the joint tickets (150RMB) of nearly all attractions in the ancient city except the Big Courtyard of Ma Family. In the ancient county government office, the ancient prison and the kitchen greatly impressed me. For county government officials were served different kinds of meals according to their status. There are also several levels of prisons for criminals with different social status.

Then we headed to Ming and Qing Dynasties Street where you can buy the local souvenir. The lacquer wares are very famous local products. I bought lacquer earrings. The famous Rishengchang Exchange Shop locates on this street. Rishengchang is considered the first draft band in China’s history which was founded in Qing Dynasty (1823). From tour guide, we know more knowledge about Shanxi merchants in Qing Dynasty. There some other attractions on this street.

In the following day, we climbed the city wall from which we could got a panoramic view of the whole city. It is very interesting to watch the citizens’ backyard from the city wall.

We didn’t visit the Courtyard of Qiao Family because of illogical arrangement.

How to Arrange your Pingyao Journey?

Two-day is enough for your Pingyao tour.

Day 1, visit the most attractions in the ancient city.

Day 2, visit courtyards of Family Qiao and Family Wang. Then return to the city and visit the rest attractions. After that, head to railway station for your overnight rest on the train.