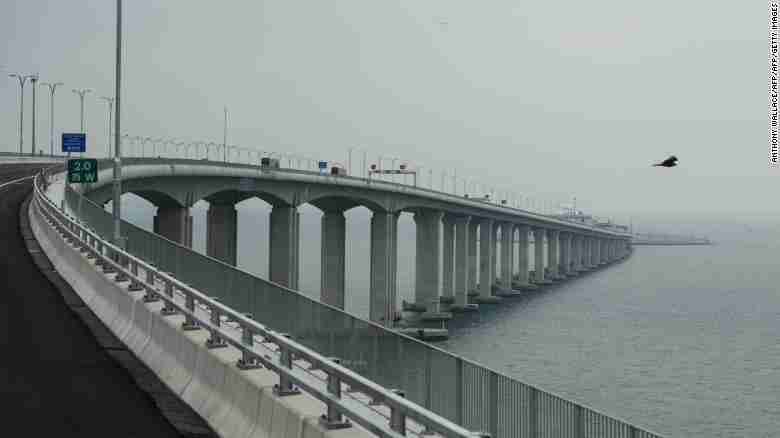 New Bridge a Boon for Tourists

Work has finally been completed on the 34-mile long bridge linking Hong Kong and nearby Macau with mainland China.  The bridge, costing roughly $20 billion, took nine years to build, and is now the world’s 6th-longest bridge, and the longest bridge that crosses the sea.  It will also contain about 400,000 tons of steel, nearly 5 times the amount that makes up the Golden gate Bridge of San Francisco.

The bridge is set to open for public use on Wednesday October 23, a day after President Xi Jinping will appear at a ceremony marking the completion of construction with senior officials from Hong Kong and Macau.  Multiple delays prevented the bridge from opening when it was originally planned in 2016.

The bridge will mean commuters, including tourists, will be able to reduce the time it takes to move between Hong Kong and Macau-Zhuhai from 3 hours to just 30 minutes.

The new bridge is expected to be very beneficial for tourists coming to Hong Kong which hosted nearly 60 million visitors in 2016.

The bridge is an even more impressive undertaking given the disparity in customs, language, and law between mainland China, Hong Kong, and Macau.  Each region has its own legal system and currency.  On top of that, different passports are required to travel between these areas, and Cantonese is predominantly spoken in Hong Kong rather than Mandarin, the standard language in the most of mainland China.

According to the Director of the China Institute at the School of Oriental and African Studies in London, Steve Tsang, notes that the bridge is “about making Hong Kong an integral part of what is supposed to be a new dynamic economic and innovative engine of China.”

The bridge is part of an effort to help integrate all three regions to facilitate communication and trade.

You can read more on this engineering feat by clicking here:

If you’re thinking of seeing this incredible bridge for yourself, take a look at some of our most popular Hong Kong tours!  At China Tour, we handle every part of your journey, from obtaining a Chinese visa, to booking, to your high-quality accommodations.  Give us a call to learn more–(888) 878-1777!