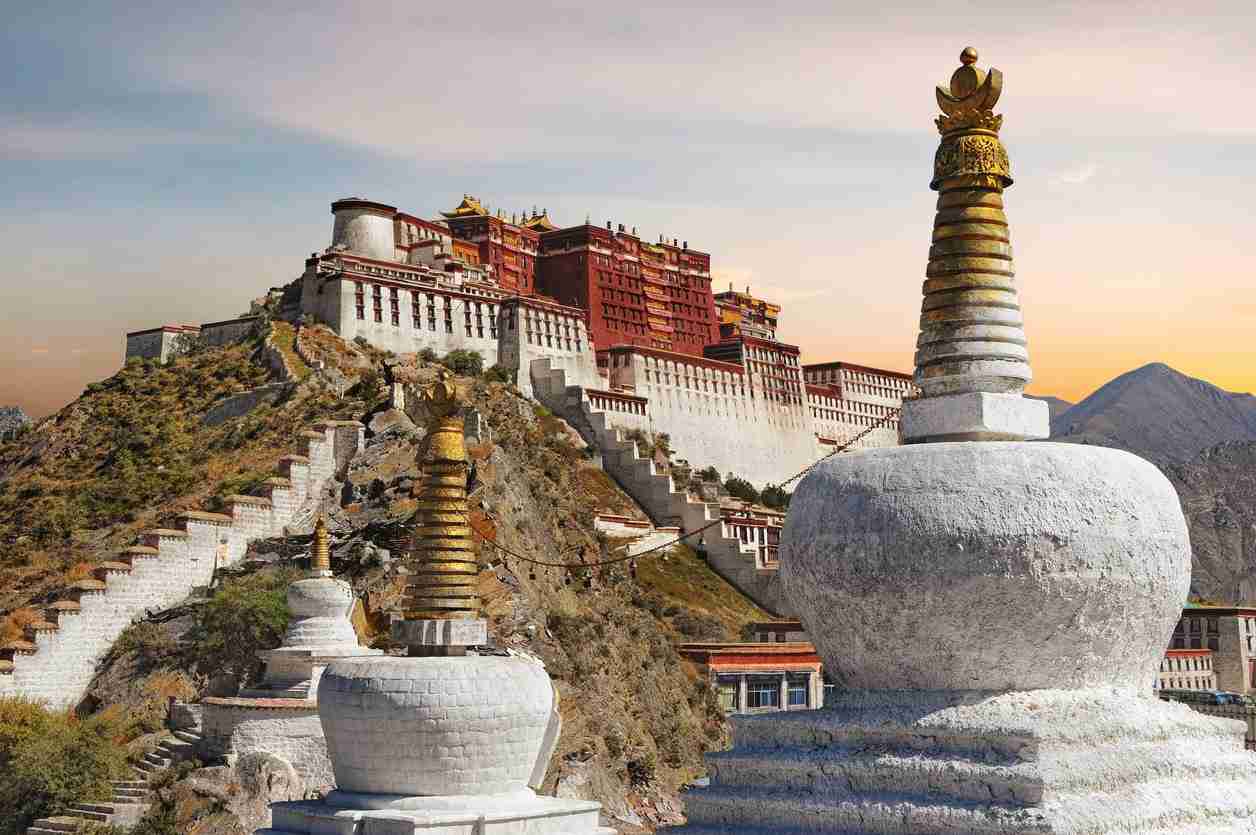 Visit Tibet: Roof of the World

Potala Palace features the symbolic architecture of Tibet including many towers, houses, and chapels and is by far the greatest structure in all of Tibet. Potala Palace, Jokhang Temple, and Norbulingka are all designated UNESCO World Heritage Sites.

Situated to the side of Red Hill and the Lhasa River, the Potala Palace is the highest palace in the world, reaching at an astounding 12,139 feet into the sky, over two miles high! The palace itself stands about 300 feet above the city of Lhasa.  The huge complex has massive 16-foot walls at its base, and even had molten copper poured into the foundation to help protect it against possible earthquakes.  Perfectly preserving Tibetan culture, the palace is a must-see attraction for anyone visiting Tibet.  The Tibetans themselves, however, most often only refer to the palace as “Peak Potala” (Tse Potala) or simply “The Peak.”

Named after nearby Mount Potalaka, the palace dates back more than 1,300 years and has been through several renovations over the centuries. Originally built in the 7th century, the palace initially served Songtsen Gampo, the founder of the Tibetan Empire who likely brought Buddhism to Tibet, and his two wives, Princess Wencheng of the Tang Empire and Princess Bhrikuti of Nepal.

When the Bubo Kingdom fell, the palace was almost ruined by constant wars. It wasn’t until the 17th century that the most significant reconstruction of the palace began. The Fifth Dalai Lama began to rebuild the critical Potala Palace, receiving help from the Qing Empire. The tedious work took many years, and finally, the Fifth Dalai Lama moved the government capital from Drepung Monastery to Potala. This made the palace the center of both politics and Buddhism in Tibet. Since then, several smaller reconstructions have taken place; however, the main body of the palace has remained intact.

What not to miss at the Potala Palace: